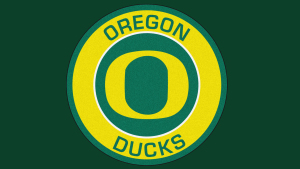 Eric Lindner passed away peacefully on June 4, 2019, surrounded by his entire family, a send-off befitting a very much beloved and respected family man.  A longtime resident of Marin, Eric was born on November 12, 1942 in San Francisco, a fourth generation Californian, and moved to Ross when he was one year old.  He was the longed-for, first born of Ed and Maude Lindner (both deceased).

Eric attended Ross Grammar School, Drake High, and then newly opened Redwood High School where his deep enthusiasm for sports was established, buoyed by his own athleticism.  In addition to being All League Marin County in football, Eric played varsity basketball and track, lettering in 3 sports. Therefore, it was no surprise when he entered University of Oregon, joined the Sigma Alpha Epsilon fraternity, and played freshman football, proceeding to co-found Oregon’s rugby club. Thus began his enduring allegiance to the Oregon Ducks.

Graduating from the University of Oregon with a BBA in Finance and Economics, Eric’s graduate work at Oregon was interrupted when he joined the Officers’ Training School in the US Air Force Reserve.  After basic training, he was called up during the Pueblo Incident and went on active duty as a Second Lieutenant.  Upon his release from active duty, he embarked on a highly successful career in the real estate, management and finance groups of major financial institutions.

Eric began his profession at Equitable Life and Bank of America, during which time he attended Harvard Business School’s Program for Management Development. His entrepreneurial spirit then emerged as the co-founder of The Hanford/Healy Companies.  Upon its acquisition by GMAC Commercial Mortgage Corporation (GMACCM), Eric became Executive Vice President of GMACCM where he was responsible for the Company’s global asset management and investing activities and also served as a member of the Company’s Executive Committee.  Eric’s last position was as a founder, Executive Managing Director and U.S. Head of Asset Management for Situs Holdings from which he retired upon its sale to Stone Point Capital.  During his career, Eric also held the CRE designation from the American Society of Real Estate Counselors.

During Eric’s early career days, he continued his sporting competitiveness by playing with his typical vigor for the Olympic Club Rugby Team which evolved into the XO Club.  Gradually sensibility sunk in, resulting in Eric’s growing attraction to the more leisurely and less strenuous game of golf whereby he became a regular player as a member of the Meadow Club in Fairfax and the Lahontan Golf Club in Truckee.  Even though he loved golf, he always resisted working on his short game.  Whether it was rugby or bowling in prior years, bocce ball or golf, it was always about strength and brute force.  His focus centered on the length of his drive.  However, the true driving force behind his love of team sports was the camaraderie of friends and the joyful engagement that accompanied these deep and enduring friendships.

Above all else, Eric was devoted to his family, always and humbly available for anyone who needed counseling and support.  He was kind, loving, had a great sense of humor and was a true gentleman.  We will all miss him greatly, but he will live on within us as we remember all the extraordinary experiences we shared with him and the many life lessons he taught us.

To send flowers to the family or plant a tree in memory of Eric R. Lindner, please visit our floral store.