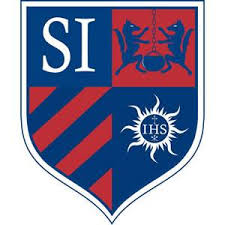 The Honorable Eugene F. Lynch (Ret.) passed away peacefully into the hands of God on October 9, 2019, at the age of 87 surrounded and embraced by his adoring family after a long battle with Parkinson’s disease.

Born in San Francisco on December 2, 1931, Eugene was the son of Angela and Eugene J. Lynch. While growing up in the Mission District, he attended St. Charles School and was a proud alumnus of the class of 1949 at St. Ignatius High School, where he took the honorary classical course in Greek and Latin. He excelled academically and first found his love for football while playing for the Wildcats. He was student body vice president and captain of the football team, also making All-City which is one of the greatest honors to come to a young San Franciscan. He earned a full football scholarship to Santa Clara University, served as senior class president and captain of the football team and received his bachelor’s degree in 1953. Service in the Army in the Korean War followed from 1953 to 1955, and he received his honorable discharge as a captain.

Eugene married Jeanne Marie, the love of his life, in 1955. They raised their two children, Marianne and Eugene Jr., in their native city of San Francisco.

He attended the University of California Hastings College of Law and received his juris doctor degree in 1958. During law school, he worked at a variety of jobs including construction, truck driving and beer bottling. He also found time to serve as line coach at St. Ignatius High School for three years, coaching with fellow Wildcat and Bronco alumnus, Pat Malley. Their team won the San Francisco Championship on Thanksgiving Day in 1958, beating Poly 22-7 before a crowd of 20,000-plus at Kezar Stadium.

Admitted to the bar in 1959, Eugene was a partner with O’Connor, Moran and Cohn and Lynch in San Francisco from 1959 to 1971 and soon won distinction as one of San Francisco’s best trial attorneys. He was appointed by Governor Reagan to the Municipal and the Superior Court of San Francisco. He received the first annual “Judge of the Year” award by the S.F. Trial Lawyers Association in 1977. Nominated by President Ronald Reagan to the United States District Court for the Northern District on January 25, 1982, and confirmed by the Senate on March 4, 1982, Eugene served as the Designated Settlement Judge of the U.S. District Court for the Northern District of California. He assumed senior status on March 1997 and served in that capacity until July 1997, due to retirement. Described by defense and plaintiff attorneys alike as a seasoned trial judge with practical insight, whose greatest strength was his ability to dissect a case and understand its true dynamics. After his retirement from the bench, he went on to become a founding partner as a full time neutral for Judicial Arbitration and Mediation Services (JAMS) in 2002. He was recognized as “One of the Bay Area’s Top 10 Mediators and Arbitrators” in 2002 and one of the “500 Leading Judges in America” in 2006. He mediated and arbitrated representative financial market matters at JAMS, retiring in 2016.

A devout Catholic throughout his entire life, he was a dedicated member of St. Brendan’s Catholic Church (San Francisco), where he served as a lector at Sunday Mass, and later was a parishioner at St Anselm’s Catholic Church (Ross). Eugene was gifted at delivering eloquent invocations, many including references to his Irish heritage. He was also devoted to the Society of Jesus (Jesuits), and St. Ignatius College Preparatory honored him in 1982 with the Christ the King Award for distinguishing himself in his profession and exemplifying the ideal of service to God and to his fellow man. The extraordinary honor of the Saint Thomas More Society of San Francisco Award was bestowed upon Eugene in 1984, where he humbly joined past recipients who continually raise the standards of legal achievement while seeking justice for all. In October 2013, St Ignatius honored three previous football coaches at the dedication of the new press box, naming one of the rooms after Eugene.

He enjoyed spending much of his time in the garden with his roses, playing tennis, attending the symphony and opera, enjoying red wine, reading, and traveling. He was happiest in his role as Grandpa in the presence of his five grandchildren, and he was especially proud that they followed in his legacy by attending Santa Clara University. His active and distinguished community service record included serving on boards of Legal Aid for Children, Hanna Boys Home, the board of trustees of Holy Family Sisters Day School, the Serra Club, the Hibernia Newman Club, and the Board of Regents of St. Ignatius College Prep.Countless philanthropies and charities were benefactors of his generous support including the De Marillac Academy, ICA Cristo Rey, Homeward Bound, Little Sisters of the Poor, among others.

He is survived by his devoted wife of 64 years, Jeanne Marie Glynn Lynch; by his two loving children who adored their dad: Marianne (Fraher) and Eugene Jr.; by his son-in-law Dennis Fraher; by his five loving grandchildren: Conor Joseph, Sean Patrick, Megan Jeanne, Ryan Dennis and Kevin Eugene Fraher, with whom he shared a loving and close relationship; by his brother, Thomas (Beverly), and his sisters, Patricia Derby and Virginia (Gini) Dold. He was predeceased by his brothers-in-law Thomas Dold and Paul Derby and by his nephew, Brian Derby. He was exceptionally close with his sister-in-law, Barbara Glynn, and his sister-in-law and brother-in-law, Antonette and Frank Glynn; and nieces and nephews: Dominique, Danielle, Jennifer, Cynthia, Melissa, Moira, Janice, Kathy, George, Owen, Michael, John and Sharon.

He was a humble man with the gift of humor and an easy manner among his peers. He was the perfect San Francisco gentleman,produced in a time and place and under circumstances that are rapidly fading away. He was the most generous and loving husband, father, grandfather, father-in-law, brother, brother-in-law, and uncle. We were truly blessed to have him in our lives and we will miss him dearly.

Jeanne Marie, Marianne and Eugene Jr. would like to thank the caregiving staff from Kindred at Home and Tender Rose for the compassionate, dedicated and loving care they provided for their beloved husband and father in his home.

Visitation for family and friends will start at 12:30 p.m. on Friday, October 18, 2019, at St. Sebastian’s Church, 373 Bon Air Road, Kentfield. The recitation of the rosary will take place at 1:30 p.m. followed by the memorial Mass at 2 p.m.  A private interment will take place at Holy Cross Cemetery.