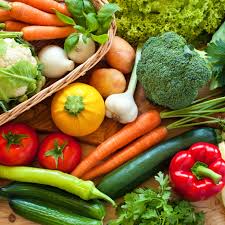 John Thomas “Tom” Mello died tragically on October 7th, 2018, at the age of 64, in Petaluma. Tom was born February 21st, 1954, in Kentfield, to the late Joseph and Barbara Nader Mello of San Rafael. He lived in Petaluma with his family, and he will be lovingly remembered and dearly missed by his wife Liz of 27 years and his children Emily and Luke. Tom is survived by siblings, Michael (Jim Davenport) of San Anselmo, Peter (Linda) of Petaluma, Mindy (Terry) Ahern of Novato, and Barbara (Ken) Streckfus of San Rafael, and by in-laws, Stephen (Lori) Hoffmann of Auburn, Katie (and the late Ken) Becker of Talent, OR, and Pete (Shannon) Hoffmann of Santa Rosa. Tom will be fondly remembered by his 16 nieces and nephews, Joseph and Christopher, Paul, Daniel, and David, Andrew, Matthew, and Amy, Michael, Matthew, and Brian, Samuel and Jayden, and Sean, Ryan, and Ian. In addition, Tom is survived by mother-in-law Joan O’Leary (and the late Fred) Hoffmann of Santa Rosa, Loie Hansen of Lagunitas, and Thomas O’Leary of Walnut Creek.

Tom grew up in San Rafael, where he attended Blessed Sacrament Elementary School, Marin Catholic High School, and College of Marin. After graduating in 1974, Tom first entered the organic food industry when he began working at Campolindo, one of the first largescale natural food stores in San Anselmo, and he quickly became manager of the store. There he cultivated his already budding love of natural and organic foods, before leaving to join the Good Earth store in Fairfax. He followed his passion for the organic food movement and it eventually led him to work for Fowler Brothers Natural Food Distributors in San Rafael, where he met his future wife Liz Hoffmann. In the late ‘80s and early ‘90s Tom worked as the manager of Back to Basics Natural Food Store in Petaluma, before starting his career with Amy’s Kitchen Inc. in Santa Rosa, in 1996, as a Field Representative in the purchasing department. As Amy’s grew, a new Organic Agriculture department was created for Tom, which he was manager of for 22 years. Tom truly loved his work and was outstanding in his field. During his years at Amy’s, he developed valued lifelong friendships with coworkers, farmers, processors, and countless others within the organic food community.

Tom and Liz were married April 13, 1991. They resided in San Anselmo, where they welcomed their daughter Emily in 1994. They soon moved to Petaluma in 1995, and shortly thereafter welcomed their son, Luke, in 1996. They lived in Sebastopol for a time, before returning to Petaluma, where they have lived since. Over the years, they have shared their home with numerous pets, including dogs, cats, rabbits, guinea pigs, and hamsters. Tom loved to spoil them all with treats.

Tom possessed a wealth of information about his passions, which among others, included gardening, tree care, all things natural and organic, music, and baseball. Throughout his life, Tom seemed to be guided by a strong connection to nature and he often preferred being outdoors. In his free time, he treasured beach trips, drives up to the Russian River, and visiting parks all around Sonoma County with Liz, Emily, and Luke. Tom also cherished time spent at family get-togethers with his adored relatives and friends. Compelled by a love of music, Tom spent hours listening to his favorite songs and discovering new artists and would happily share some of his many CDs with his family and friends. He truly enjoyed sharing everything he knew with everyone around him, and always had the answer to any question. Over the last ten years, his vast knowledge and expertise of tree care led him to prune and care for fruit trees belonging to family, friends, and eventually clients all over Sonoma and Marin Counties. In more recent years, Luke worked alongside his dad caring for trees and learning all Tom had to teach him. Tom’s unique positivity and sense of humor was contagious amongst all, and he just loved making everyone laugh. Tom lived a full and happy life, surrounded by people who loved him.

A celebration of Tom’s life will be held Saturday, October 20th, from 5-9pm at the Petaluma Veterans Building, 1094 Petaluma Blvd S, Petaluma, CA 94952.

The family is requesting any donations be made to the Ecological Farming Association @ Eco-Farm.Org.

To send flowers to the family or plant a tree in memory of John Thomas Mello, please visit our floral store.