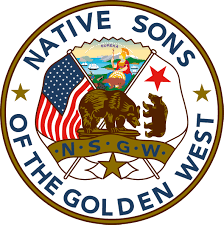 Neil David Turner, 90, was born October 9, 1928 and raised in San Francisco by the late Gordon & Kathleen Turner.  Neil passed away peacefully on July 22, 2019 at the South Marin Kindred Care Facility, with his wife by his side.  Neil was a loving and devoted husband for the past 28 years to his wife, Cathleen.  He is survived by a son, Ian G. Turner and two granddaughters.

A graduate of Lowell HS, he went on to UC Berkeley where he studied Physical Education and Kinesiology. He later enlisted and served during the Korean War.  He was a proud member of 15 years to the Native Sons of the Golden West Fairfax Parlor 307.

Neil had a love of all sports, but a passion for basketball. He was a star player in High School, played for UC Berkeley, and went on to be a member of the first American Team to play in the Pan American Games in Argentina.

Neil was a gentle soul with a wickedly funny quick wit. He will be missed by his family and friends that he continued to make even at the age of 90.

To send flowers to the family or plant a tree in memory of Neil David Turner, please visit our floral store.