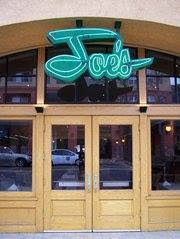 Theresa Fede Farina Passed away peacefully at home, surrounded by her loving family, on June 15, 2019. Theresa was a living example of the American dream. A dream that manifested over a lifetime of faith, hard work, sacrifice, dedication to family, deep and long lasting friendships, a willingness to take risks, a continued openness to learning, and an unflappable strength and grace in the face of the unknown. Theresa was born in the mountain village of Zeri, Italy on October 15, 1921. The youngest child to Pietro and Carolina Rubini, Theresa was the "baby" sister to brother Hector and sister Yolanda. Theresa made the journey to the United States in 1939 as a teenager. Knowing only a few words of English, she enrolled in high school and graduated just a couple of years later. She landed a job immediately, working for an insurance company, and came to be trusted by her boss and co-workers as an example of integrity, efficiency and attention to detail. In 1949 she met the love of her life, Guido, at a community picnic. She shyly agreed to dance with him and neither of them danced with anyone else that night. One month later they were married. This year would have been their 70th wedding anniversary. In 1951, Theresa and Guido joined Hector and Nancy Rubini as business partners at San Rafael Joe's. The restaurant became an extension of and the filter through which Theresa was able to focus her love and dedication to her family. The perfect metaphor for this dedication, San Rafael Joe's became one of Marin's longest running and most iconic restaurants - hosting generations of families looking for a place that just "felt like home." Theresa worked until the age of 85, at which time she finally "retired." This meant still occasionally working the desk on Saturdays, making her famous biscotti for the restaurant, and visiting with longtime customers. From family gatherings to adventures abroad, watching her knit with lightening speed or bringing a struggling orchid back to life, fighting over her torta or hearing the perfect punch line to one of her many stories - there are far too many wonderful memories to mention. She is survived by her husband Guido; children Cynthia and Carlo (Teri); grandchildren Lisa (Kelly), Stefanie (Giuliana), Eric and his fiancé Isabel and Diane; and a multitude of beloved nieces and nephews. A Rosary will be at 7:00 p.m., Thursday, June 27, 2019 at Monte's Chapel of the Hills in San Anselmo. The Funeral Mass will be celebrated 11:00 a.m., Friday, June 28 at St. Raphael's Catholic Church in San Rafael. In lieu of flowers, please consider donations to St. Jude Children's Research Hospital , Hospice by the Bay or your favorite charity organization.

To send flowers to the family or plant a tree in memory of Theresa Fede (Rubini) Farina, please visit our floral store.