Share a memory
Obituary & Services
Tribute Wall
Donations
Read more about the life story of Ali and share your memory.

We mournfully announce the sudden passing of Ali Saadatnezhadi, 56 of San Rafael, California on December 17, 2022.

Ali was born on August 25, 1966 to Mahmood and Parisima Saadatnezhadi in Ahwaz, Iran and emigrated to the United States in 1977.  Ali attended Shorewood High School in Seattle, Washington where he excelled in math and led the varsity tennis team. In a hurry to chase his dream to trade securities, he earned his Business Administration degree from the University of Washington within three years and soon became a rising star at O’Connor Securities at the Chicago Board of Trade, Chicago, IL. Ali’s storied career eventually led him to found his own firm for 12 years, Clarksdale Capital, Larkspur, California. Ali married Barbara Harris of Seattle, WA in 1996 and they raised their sons, David and Darius, in San Anselmo and Fairfax, CA. After his family, Ali was passionate about playing his guitar, enjoying sports with his sons, making people laugh, and talking about Nassim Nicholas Taleb to anyone that would listen to him.

Our family is forever changed and forever grateful to have spent this brief, but incredibly transformational time with Ali. His big hearted, larger than life personality and razor-sharp wit will long be remembered. Ali Saadatnezhadi is preceded in death by his mother, Pari Sima Saadatnezhadi and leaves behind his two children, David and Darius Saadatnezhadi, and ex-spouse, Barbara C. Harris. He is also survived by his father, Mahmood Saadatnezhadi, brother, Hassan Honarmand and sister-in-law, Ilona Baran, sister, Maryam and brother-in-law, Reza Baghai, and 24 nephews and nieces from both sides of the family.

A memorial service will be held at Grace Church of Marin, 921 Sir Francis Drake Blvd., San Anselmo, CA, Saturday, January 7 at 1 pm. In lieu of flowers, please consider making a donation to Wednesday Gift at wednesdaysgift.org.

To send flowers to the family or plant a tree in memory of Ali Saadatnezhadi, please visit our floral store. 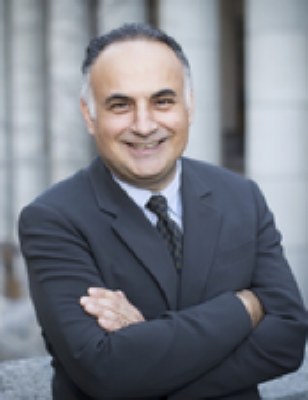 You can still show your support by sending flowers directly to the family, or by planting a memorial tree in the memory of Ali Saadatnezhadi
SHARE OBITUARY
© 2023 Monte's Chapel of the Hills. All Rights Reserved. Funeral Home website by CFS & TA | Terms of Use | Privacy Policy | Accessibility