Share a memory
Obituary & Services
Tribute Wall
Donations
Read more about the life story of Jean and share your memory.

Jean Marie Barry
May 1, 1989 - December 15, 2022
It is with profound sadness that we announce the passing of Jean Marie Barry on December 15, 2022. She was 33 years old. She is survived by her parents, Margaret and George Barry; her brother, Robert Barry, his wife Tiffani, and their children William and Emma Barry; as well as her sister and brother in-law, Allison and Shane Lanser. Jean Marie, lovingly known as Jeanie, is also survived by her beloved dog, Bruce, who was by her side always.
Jeanie was born in San Francisco and was raised in Tiburon, CA. She attended St Hilary Grammar School and Marin Catholic High School.
Jeanie was quick to smile and even faster to laugh. She was outgoing, smart, clever, and eternally loyal to her friends and family. Jeanie never took anything too seriously and loved to have a good time. She would have thought this obituary was too serious.
Jeanie's presence, laugh and gentle hugs are sorely missed but greatly cherished by all those who knew her. Nothing made Jeanie happier than to be with her family and friends. Whether it was the holidays, birthdays, family vacations to Mexico and Europe with Grandma and Grandpa, Delta weekends, or hanging with her friends, Jeanie always brought an enthusiasm and energy that was impossible to avoid. Whether with her immediate family or the extended family of many cousins, aunts, uncles, nieces and nephews, or numerous friends from all walks of her life, Jeanie had a magnetic presence that all of us will miss beyond belief.
From an early age Jeanie loved to play competitive sports including basketball, baseball and especially soccer. After high school Jeanie brought her soccer skills to the Marin Women's Soccer League where she enjoyed the competition on the field as well as participating on the Board of Directors and taking on responsibilities as the league's Field Director. Playing the game, as well as developing friendships with all the women she played with, gave Jeanie great joy. She was also a lifelong baseball fan, attending hundreds of Giants games in San Francisco, sitting in Section 210. A dedicated fan, she would also travel to Arizona for Spring Training with family and friends throughout some of the Giants greatest seasons, including three World Series titles.
Jeanie also loved music. She relished going to concerts, listening to all forms and genres of music, and would put together playlists, knowing that each occasion in life deserved its own song selection. Jeanie also had a passion for supporting those in need. She was a staunch ally of the LGBTQ+ community in her life and anyone that knew Jeanie also knew her heart belonged to animals, especially pit bulls. She was active in the rescue and support of pit bulls in her community.
A Catholic Requiem service will be held to remember and honor the life of Jeanie at The Holy Rosary Chapel at St. Vincent's School for Boys in San Rafael on December 30th at 10:30AM. A reception to celebrate her life will be held on site after the service. All are welcome to attend.
In lieu of flowers, Jeanie's family would ask for donations to be made in Jeanie's name to Hope for Paws to continue her support of dogs that need rescuing even now.

To send flowers to the family or plant a tree in memory of Jean Marie Barry, please visit our floral store. 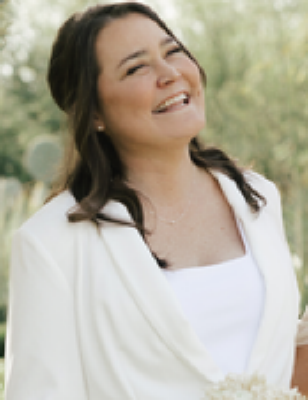 You can still show your support by sending flowers directly to the family, or by planting a memorial tree in the memory of Jean Marie Barry
SHARE OBITUARY
© 2023 Monte's Chapel of the Hills. All Rights Reserved. Funeral Home website by CFS & TA | Terms of Use | Privacy Policy | Accessibility