Share a memory
Obituary & Services
Tribute Wall
Donations
Read more about the life story of John and share your memory.

John Lewis Heilmann passed away peacefully at home on May 5th surrounded by his loving family just three weeks shy of his 81st birthday. He was born to John Sherman and Florence Heilmann on May 23rd, 1941, in San Francisco, CA. He spent most of his childhood in San Francisco and a few years in El Segundo, CA. He was a graduate of St. Agnes Grammar School, St. Ignatius High School (after spending three years at St Joseph’s Seminary), and Golden Gate University. He met his wife and best friend, Linda, in 1959 and they were married in 1963. He began a career in the insurance industry in 1963 then opened his own agency, and faithfully served his clients for over 35 years. He and Linda raised their three children in Marin County where he became a contributing community member throughout his life. He served on the Marin Athletic Foundation, the Hannah Boy’s Center committee, and was a devout parishioner of St. Anselm’s.  John was an avid sports fan, football referee, football coach, CYO basketball coach, World Team Tennis official, tennis player, swimmer, and golfer. Some of his fondest memories include coaching football at Marin Catholic High School and playing on the 1959 St. Ignatius championship football team where he made lifelong friends and attributed many of the successes in his life to this experience. He was very active in his children’s endeavors and relished in all their successes. He had friends from every phase of his life: business, school, sports, and church. His legacy is evident in the amount of close personal friends he leaves behind who were touched by his encouraging words, insightful wisdom, and kind nature. John is survived by his loving wife of 58 years, Linda; his sister Mary Heilmann and children Ann Jaime (Mark), Christine Heilmann (Jim Grant) John Heilmann (Moira); and his beloved grandchildren Ian, Emma, Rosey, and Lily. He was proceeded in death by his parents and his daughter, Mary. The family is thankful for the caregivers, Rowena, Lily, Lizzy and Tina, for their care and compassion.  A Memorial Mass will be held 1:00 p.m., Wednesday, May 11, 2022 at St. Anselm Catholic Church in Ross, CA, followed by a reception at Dominican College, Creekside Room, San Rafael, CA.   Donations may be made in John’s memory to St. Vincent de Paul or a charity of your choice.
Assisted by Monte’s Chapel of the Hills, San Anselmo, CA.

To send flowers to the family or plant a tree in memory of John Lewis Heilmann, please visit our floral store. 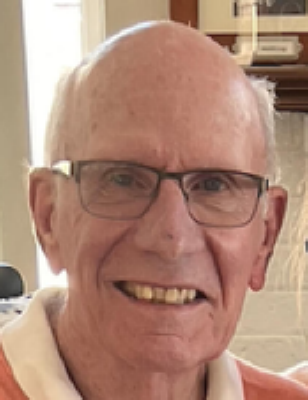 You can still show your support by sending flowers directly to the family, or by planting a memorial tree in the memory of John Lewis Heilmann
SHARE OBITUARY
© 2023 Monte's Chapel of the Hills. All Rights Reserved. Funeral Home website by CFS & TA | Terms of Use | Privacy Policy | Accessibility