Share a memory
Obituary & Services
Tribute Wall
Donations
Read more about the life story of John and share your memory.

John “Mark Montobbio” passed away peacefully at home on Thursday November 4, 2022.  He was 81. A native San Franciscan, Mark was the Son of Italian immigrants John Louis Montobbio and Gene Caporaletti and brother to Richard (deceased).   He attended Catholic school at St. John’s, Riordan High, the University of San Francisco (USF) and USF law school.
While working as a beer truck driver, in 1966, Mark got married, bought a house, had his first child, graduated from law school and got a job at the National Labor relations Board where he specialized in Labor Law. There his blue collar  background served him well.
After moving to private practice, Mark’s outgoing personality attracted many interesting clients.   His favorite was Harvey’s Wagon Wheel in Lake Tahoe.  He represented many other Nevada casinos including Harrah’s and Circus Circus.  He also represented hospitals, Golden Gate Fields, United Artists theaters, Ghirardelli Chocolate, and the SF ballet.
In 1984 San Francisco columnist Herb Cain wrote “Mark Montobbio, of whom you may never heard could be the busiest lawyer in town. Not only is he representing Macy’s in its beef with the retail clerks union, he has retained 20 restaurants among them Vanessa's North Beach, Scomas, Orsi’s, Alioto’s and other Italian-sounding places-in heated negotiations with the culinary workers.”
Mark had an intense Type “A” personality.  He always went full throttle at work but also always made time for his family.  He would leave for work at 3A.M. every day so he could make it home in time to coach his son and daughter’s sports teams.  He coached youth soccer, softball, baseball, and his favorite – basketball. He later became a volunteer coach for the Marin Catholic High School Basketball team and was on the board of Golden Gate Shootout.

Mark was never idle. He could do anything. He remodeled kitchens, restored his father’s 1929 Model A, installed home security systems, built award winning model boats, changed the oil on his cars, installed new brake systems for family and friends. In his free time he was the guy who climbed on the roof with his son  with a circular saw to install his own skylight.
Mark also made time to travel around the world with Madelon, his beloved wife of 56 years, find new hobbies, and develop new skills.  He started scuba diving in Monterrey and later would swim with Manta Rays in Palau and hammerhead sharks in the Galapagos.   He purchased a yacht named Luna Sea and sailed to Ensenada to live on his boat.  On his drive back home, he would stop and visit with his youngest son Michael, and his family  He also purchased a Harley and explored Montana, Wyoming, and South Dakota.  Mark rode twice by himself to Sturgis and also rode across the country to visit his eldest son Mark and their family in Georgia.
After moving to Bel Marin Keys, Mark became active in the community as the Commodore of the yacht club and was elected director of Bel Marin Keys Community Service District for 15 consecutive years.  Mark also volunteered for many other community programs including; Senor Access, Marin Institute (now Alcohol Justice), Whistlestop, Family Service Agency, Buckelew, and Westwood Community Health.
Mark was an avid reader, he had so many books, he stocked the library at Drake Terrace with all the ones he had read.  He was the ultimate dog lover, it was no secret that he loved dogs more than humans.  He had to give away his dog Molly to his parents because his son was allergic and would often joke that he should have kept the dog instead of the kid.
He frequently treated his family to festive dinners, and loved to tell his stories.  He had a funny way of showing it, but he undoubtedly loved his family above all else.  Mark had many friends, his polarizing personality always made for interesting conversations.
Mark is survived by his three children Mark (Jenny), Julie (Mark), and Michael(Laurie). He is also survived by five grandchildren, Tyler, Thomas, Lola, Mia and Dante.  His family will always remember mark for the amazing man he was.
Donations in his memory may be made to the Dominican Sisters of San Rafael,1520 Grand Avenue, San
Rafael,94901 or Mary Mother Raymond Scholarship Fund
Assisted by Monte’s Chapel of the Hills, San Anselmo, CA.

To send flowers to the family or plant a tree in memory of John Mark Montobbio, please visit our floral store. 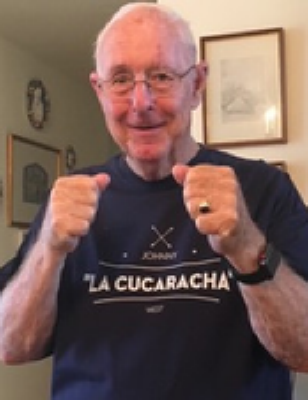 You can still show your support by sending flowers directly to the family, or by planting a memorial tree in the memory of John Mark Montobbio
SHARE OBITUARY
© 2023 Monte's Chapel of the Hills. All Rights Reserved. Funeral Home website by CFS & TA | Terms of Use | Privacy Policy | Accessibility