Share a memory
Obituary & Services
Tribute Wall
Donations
Read more about the life story of Lawrence and share your memory.

Dr. Lawrence W. Way, MD an internationally known and respected surgeon and professor died peacefully in his Larkspur, CA home surrounded by his family of heart failure and Parkinson’s Disease, he was 89.

Lawrence Wellesley Way was born in St. Louis, Missouri to Raymond Way and Elizabeth Weaver in the middle of the Great Depression. His father had difficulty finding work as a geologist, so the family moved around the country eventually settling in Pelham, New York where Larry attended high school. He graduated from Cornell University, class of 1955 and completed medical school at the University of Buffalo, class of 1959. His interest in surgery began in medical school when he found the complex dissections in his anatomy class fascinating. Wanting to escape the harsh Buffalo winters, Larry set off to the West Coast to begin an internship at the University of California, San Francisco. Following his internship year, Larry fulfilled his ROTC commitment to the U.S. Army by serving as a medical officer in Korea and the Presidio of San Francisco. While stationed abroad, a telegram arrived from the Department of Surgery Chairman Dr. Leon Goldman inviting him to return to San Francisco and complete his surgical training. It’s there that he met his mentor, Dr. J. Englebert Dunphy, an exceptional person and exemplary surgeon that formed the basis for whom Larry wanted to model his career. They formed a close relationship, not only professionally but personally as Larry often looked at Dr. Dunphy as a father.

Dr. Dunphy invited Larry to join the UCSF faculty which launched his career as an internationally recognized surgeon and a pioneer in the field of minimally invasive surgery. He served in a variety of leadership roles within the Department of Surgery as Chief of Surgery at the SF VA Medical Center at Fort Miley; Chief of the Foregut Surgery Service; and Director of the Videoscopic Training Programs. He was instrumental in developing applications for laparoscopic surgery to the esophagus, stomach, and pancreas. Larry was active on a national and international level in surgical organizations such as the American College of Surgeons and the International Society of Surgery. One of his greatest accomplishments as VA Chief of Surgery was the recruitment of exceptional surgeons which propelled the quality of surgical care and research at Fort Miley to its highest level within the Veteran’s health care system. It’s a legacy he was always proud of.

In 1975, Larry was appointed Chair of the Medical School Curriculum Committee and led the way for two complete curriculum revisions, always applying current scientific research and leading techniques to the curriculum. The first online database for researching medical literature, called Medline, was developed during this time and Larry recognized the importance of this new technology for real time data access for physicians. As Chair of the Library Committee, he was instrumental in getting the online database accessible for the entire faculty to use, not just reference librarians.

Early in his career, Dr. Dunphy asked Larry to help edit a leading surgical textbook called “Current Surgical Diagnosis & Treatment” which became known as “The Red Book” - a key textbook required in most U.S. medical schools and translated into over a dozen languages. It was succinct, up-to-date, inexpensive, and had the most important material supported by citation in the scientific literature. Larry authored over 230 peer reviewed journal articles and contributed to over 60 textbook chapters throughout his lengthy career.

After the advent of laparoscopic cholecystectomy, Larry began to see a new, unusual pattern of surgical errors developing which made him want to better understand how these errors were happening and how human’s make errors. This led him to delve into learning about human error from a variety of disciplines such as cognitive and vision sciences; the science of decision- making, team perceptions and interactions; human resiliency engineering; the visual-spatial sciences and the field of heuristics. He wanted to know how all these other scientific disciplines could influence a better understanding of surgical errors from an entirely new, and unique perspective. Larry applied this integrated knowledge to better understand common bile duct injuries and published several original papers of this work.

Larry’s unremitting focus on teaching surgeons is what made his mentorship elite and the education of the surgical house staff was always his top priority. His interests ranged from the effects of fatigue and safety in the OR, to teaching laparoscopic skills to community surgeons throughout the country. He was also an early pioneer in training mid-career surgeons in laparoscopic techniques and had a part in helping create hundreds of surgeons that have contributed to health care institutions across the world. Larry was often the last hope for patients with complex surgical needs, and his clinics were models on how to be honest yet understanding to patients and their families. He was trusted and respected by his patients, students, colleagues, and friends – a “surgeon’s surgeon”.

Despite his demanding professional workload, Larry’s hobbies were extensive. He enjoyed wildlife and landscape photography and every aspect of creating a photograph from scouting out a location, to finishing the image in Photoshop. His camera was rarely out of reach. Many of his friends still proudly display some of Larry’s photos on the walls of their homes or offices.

Besides photography, he enjoyed growing orchids, bromeliads, and dahlias in his backyard greenhouse, and all types of succulents in his Larkspur garden. Larry took great interest in geology and learning about the natural landscapes around him. He would frequently beat much younger surgical fellows in vigorous squash games between operations. Larry and his wife, Catherine, hosted frequent dinner parties for visiting professors, always leading to robust conversations and long-lasting friendships.

He had a life-time love of etymology (the study of word origins) and had an extensive collection of books on the history of words in the English language. At home, he often shared a “word of the day” for his daughters for a fun way to expand their vocabulary. He was also a stickler for medical terminology, grammar, and the need for “plain speaking” in medicine. Generations of residents used his two page “English Usage” guide for correcting their case presentations.

Never a religious person, Larry followed the teachings of the great philosophers and had a particular interest in the works of the Stoics. His collection of the writings of Seneca, Marcus Aurelius, and Epictetus are filled with yellow highlighted passages that resonated with his views on the art of living and the shortness of life.

The quality of relationships that he created made his professional and personal lives exceptional. He was a warm, loving, and supportive father who taught by example that hard work is its own reward, and that honesty and integrity are keys to a valuable life. Larry met his wife Catherine, a nurse at UCSF, and they married in 1991. A year later they had their daughter Elizabeth and then their daughter Caroline. The girls joined a blended family with Larry’s sons, Stewart and Spencer.

Larry, Catherine, and their children traveled extensively throughout the world, always seeking a new, off-the beaten path adventure frequently camping, rafting, and hiking trips. Just of few of their travels took them to the walrus colonies at the Bering Strait in Alaska; wildlife safaris in Kenya, Tanzania, and Botswana; the pyramids of Egypt; hiking the Inca trail in Peru; the temples of Guatemala; and to the Emperor penguins in Antarctica.

Larry is survived by his wife, Catherine Way, and their children, Elizabeth Way and Caroline Way, her husband Jacob Way. His sons from his first marriage, Stewart Way, Spencer Way and his wife Kristen Way, his two granddaughters Brooklyn and Kennedy Way.

A memorial will take place in January 2023. More information will be available shortly.

To send flowers to the family or plant a tree in memory of Lawrence Wellesley Way, please visit our floral store. 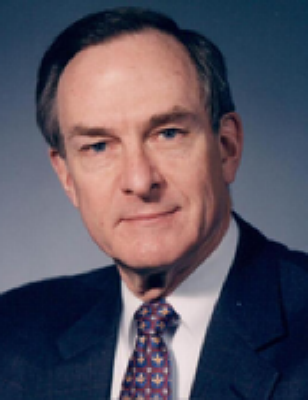 You can still show your support by sending flowers directly to the family, or by planting a memorial tree in the memory of Lawrence Wellesley Way
SHARE OBITUARY
© 2023 Monte's Chapel of the Hills. All Rights Reserved. Funeral Home website by CFS & TA | Terms of Use | Privacy Policy | Accessibility