Share a memory
Obituary & Services
Tribute Wall
Donations
Read more about the life story of Sarah and share your memory.

Sarah Louise (Sally) Shaw McKee died at home with family at her side on June 14th.   She was 95.

Born on March 18, 1927, she grew up in San Francisco and was a life-long resident of Northern California.  Her father was Edward Byer Shaw, MD, a prominent San Francisco pediatrician, communicable disease expert, UC professor, and internationally acclaimed authority on poliomyelitis.  Her mother, Johnsie Rowland of San Francisco and Olney, Ill., died when Sally was 14.   One year later her father remarried and Sally and her sister Liz were blessed with a new mother, Elizabeth (Betty) Rolph Shaw.   Sally and Betty enjoyed the closest possible loving relationship for four decades.

Sally attended Ms. Burke’s School for Girls in San Francisco and then went on to graduate from The University of California at Berkeley.    She was a member of the Pi Phi sorority and achieved Phi Beta Kappa honors while at Cal.   She also became an unflinching fan of the Golden Bears football team and was particularly fond of the Cal Band (which serenaded her at her 90th birthday party).

In July of 1949 she married Stephen Jewett McKee of Portland Oregon, and together they had five children.  After 57 years of marriage, Stephen died and Sally lived her remaining 15 years at her home in San Anselmo, enjoying friends, family, and her puppy dog Willie.

Sally had many interests and strongly held convictions.   She was an excellent bridge player, a faithful Giants baseball fan (beginning in the days when they played in New York), a Broadway musical enthusiast, and an enquiring student of history.   Early in married life, even as the mother of five, she was a volunteer at Guide Dogs for the Blind in San Rafael.    She was a lifelong Episcopalian and active member of St. Johns church in Ross, CA for nearly 70 years, including a number of years as the book keeper.

Sally’s principal lifelong pursuit was as the matriarch of a family of 5 children, 19 grandchildren, and 40 great grandchildren.   Her devotion to family yielded priceless rewards as she received regular visits and a daily stream of loving cards, gifts, phone calls, and pictures from family for decades until the last moments of her life.    She was richly blessed and much loved.

Sally is survived by her sister, Jennifer Shaw; her daughters Kate McKee Thorburn, Martha McKee McQueen, and Susan McKee Hooks; her sons David Jewett McKee and Edward Mark McKee; and all of their spouses.

A memorial service will be held at 1pm on July 11th at St. John’s Episcopal Church in Ross, CA.  The family requests that, in lieu of flowers, donations be directed to the Guide Dogs for the Blind in San Rafael, California.

To send flowers to the family or plant a tree in memory of Sarah Shaw McKee, please visit our floral store. 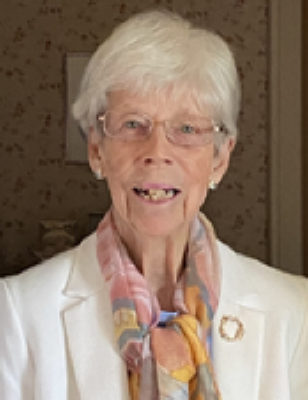